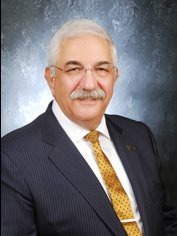 Ali Saydam was born in Ankara in 1946. After his graduation from İstanbul Erkek Lisesi (İstanbul Boy’s High School) in 1965 and he studied Chemistry at Bern Üniversitesi (Bern University) between 1965-1974.
Saydam worked as a correspondent at Milliyet (newspaper) and Hey (magazine) between 1978-1981. He was the General Manager of Karacan Yayınları (Karacan Publications) between 1982-1986 and Sabah Gazetesi Dergi Grubu (Sabah Newspaper’s Magazine Group) between 1986-1988. In 1988, he co-founded Güneş Yayınları (Güneş Publications) and worked as the General Manager until 1990.

In 1990, Bersay İletişim Danışmanlığı (Bersay Communications Consulting) has founded by him. Saydam is still the Honorary President of the company, offering strategic communications consulting for multiple customers of Bersay.

Ali Saydam started his column at Sabah newspaper in 2002. Until 2006, he wrote about communication problems in every field. Between 2006-2012 he was a columnist at Akşam newspaper. He currently writes articles for Marketing Türkiye dergisi (Marketing Turkey magazine) starting from 2005 and Yeni Şafak gazetesi (Yeni Şafak newspaper) since 2011. Saydam also writes a column for TİM Report, the magazine of Turkish Exporters Assembly and Derin Ekonomi (which adopted a new name as Z Raporu), the economy magazine of the Yeni Şafak Group.

His first book Algılama Yönetimi (Perception Management) published in 2005. After that he wrote Eş ve Müşteri Nasıl Kaybedilir? (How to Lose Wives and Clients) in 2010. Both translated in English and Algılama Yönetimi has translated also in German. His latest books, Vazgeçmek Özgürlüktür (Giving up is Freedom) in published in 2011, and İktidar Yalnızlıktır (The Power is Loneliness) in 2012.